If you are making your way around the Moscow Underground system, you are in for some incredible architectural treats along the way.

Commuting can often be monotonous but is an essential way to get from A to B and the underground can get you quickly from one place to another in the Russian capital. Down in the depths of Moscow, where you least expect it, the stations tell the story of Russia’s colorful past. They are beautifully decorated, some with lavish ornate marble finishes and fantastic lighting to create the right ambiance. In many stations, you would think you have just stepped inside a palace and cathedral. Here are the must-see stations. 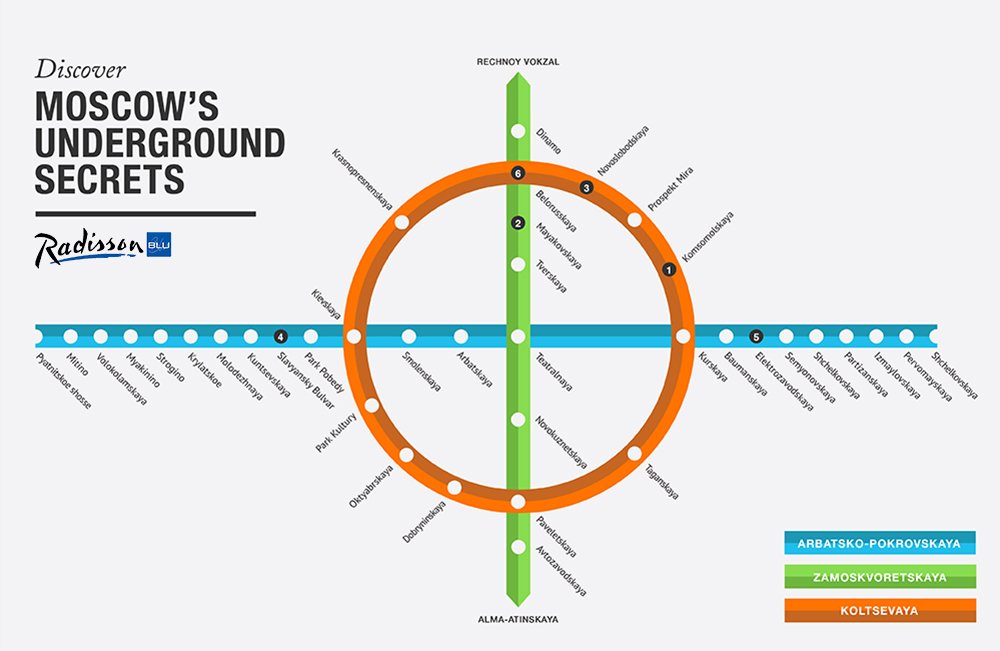 You will be mesmerized by this baroque-style station at first glance. The ornate ceiling and gothic chandeliers are complimented by limestone, marble and granite pillars and floors. You will feel like you have just stepped into a grand palace rather than straight of a train.

The design of this station is the result of a Soviet futurism as envisioned by the Russian poet, Vladimir Mayakovsky. See the story of the ’24-hour Soviet Sky’ laid out on 34 themed ceiling mosaics, each one designed by Alexander Deyneka. The pink and white marble floor tiles are beautifully set off against the colorful marble walls. Stainless steel archways and columns lead the way along the platform.

At first glance, this station looks like you have entered the world of Alice and Wonderland with its beautiful checkered floor tiles and wavy arched corridors and stairways. On closer inspection, you’ll discover the beauty of the 32 stain glass panels, bordered by solid brass and marble surrounds.

The tunnels into this art nouveau station reflect the perfect mirror image on the shiny floor. The walls are made from green Cuban marble. The street lamps take on the curvature of the ceiling and represent the branches of trees.

When you visit this station, it will come as no surprise to you that it is named after the neighboring light bulb factory. The ceiling is decorated with over 300 lamps laid out in six parallel rows.

Begin your underground adventure at Belorusskaya Metro, the nearest station to the Radisson Blu Belorusskaya Hotel, Moscow. Your eyes will instantly be drawn to the elaborate ceiling, which displays 12 mosaic panels, each one, illustrating life in Belarus.

You expect to find grandeur in Moscow’s buildings but there are also many surprises underground. These are just a handful of metro stations that are worth a visit. With almost 200 stations in total, many of which tell a story of their own, there are plenty of others to explore. Get yourself a metro ticket and start exploring under and over ground.

Tell us what you think